As a young apprentice at the Culinary Arts program in New Orleans, I was fortunate enough to be hired by Chef Daniel (pronounced Dan Yell) Bonnot at the Restaurant de la Tour Eiffel.  This was the original restaurant from the Eiffel Tower, the one in Paris, the restaurant was removed by French engineers because it was too heavy for the aging tower.  The restaurant was bought by Daniel and his business partner and investors, shipped then re-assembled on St. Charles Avenue.  Daniel was incredibly talented and at the time, he and his restaurant were the talk of the nation’s food scene.  So it was into this very haughty environment that I was hired. 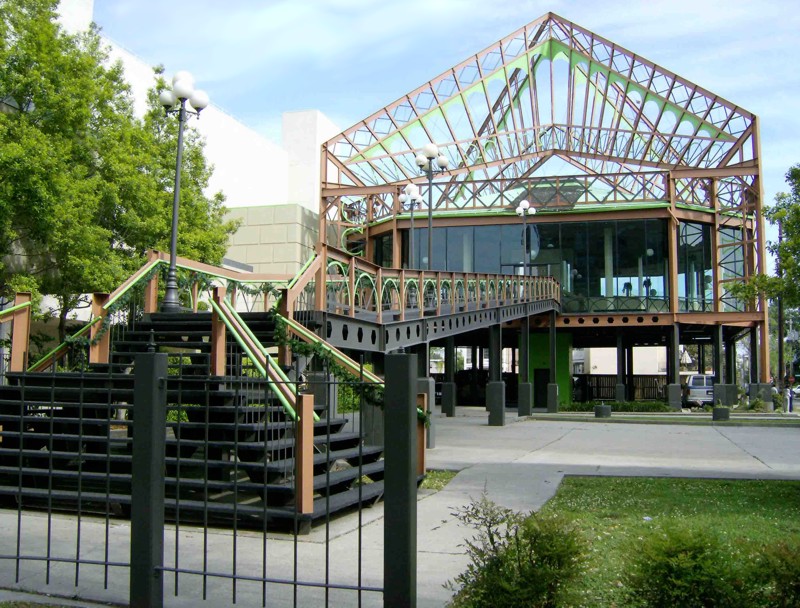 I had only been there about one week when I happened to be passing through the pastry kitchen on my way to the freezer.  Daniel and the pastry chef, Douglas, were discussing a cake recipe when Daniel turns to me and says “Ah Messieur, you are go-ink to zee freezer, please bring me zee bahcahn so I can make zee cake for Messieur Due-glass.”

I stared at Daniel for an instant, then mouthed “Yes, Chef” and went off into the freezer so I could have this conversation with myself: “He said bacon and he said cake, he said bacon cake.  What the hell is he thinking? Whoever heard of a bacon cake?  That sounds so nasty!  But what the hell do I know?  I’ve been here a week, maybe there’s some old French bacon cake recipe that’s been in Daniel’s family for generations.  I better bring him his bacon.”  Now in a restaurant, bacon does not come in little one-pound packages like it does at the store, it comes in 50-pound boxes.  So I bring Daniel this enormous box of bacon and drop it on the stainless-steel table next to him.  “Here’s your bacon, chef.”

Daniel’s native French language was never put to better use than at that moment.  “WHAT ZEE HELL IS DEES?  You %#@*&! Idiot.  You zink I am going to make zee $*&! cake with BAH-KAHN!  I want BAH-CONHS You %$#*!  You American Shoe Maker! Your mother fed you too much Jell-O as a child!  Bring me some gah-damm BAH-CONHS!”

I was about to break down in tears for my failure to understand him.  For Pete’s sake, I had a degree in English and I’m positive he asked for bacon.  I stood there in shock for a few seconds until Douglas came to my rescue.

“Pecans, you dumb-ass, he wants pecans for a pecan cake!”

It was several months before the kitchen staff quit referring to me as Messieur Bacon Cake.