“One day, you’re going to be a great attorney.”

How could I tell my attorney father that a morbidly obese cook from Opelousas, Louisiana, a man that favored sweet potatoes and pork belly over Filet Mignon, had already set me on my career path to become a professional chef, and not an attorney?

Paul Prudhomme is the reason I became a chef.

I grew up in a large family in south Louisiana. My mom loved to cook. She grew up on a ranch in the middle of Mexico, where she learned to do everything by hand. As a mother to her own five children, she taught us many skills of self-sufficiency, one of which was cooking. And for whatever reason, I was the one that usually helped her in the kitchen. She taught me how to clean wild duck, pick out tomatoes, supreme an orange, and make a kick-ass beef stew with the humblest of ingredients. She was also a surgical nurse in a bustling New Orleans hospital. 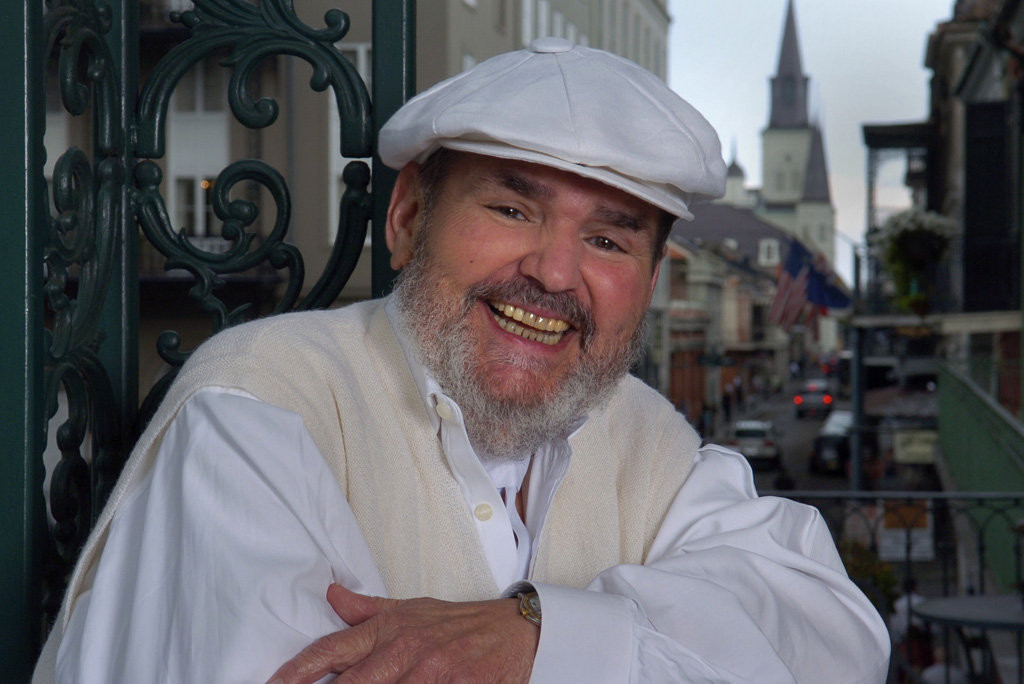 In 1982 I was half way through my English degree and contemplating law school when Chef Paul Prudhomme became my mom’s patient. He was there recovering from surgery and through my mom, Chef Prudhomme and I had a week long conversation. Paul had recently opened his restaurant, K-Paul’s, and he was already attracting an enormous amount of attention. And he was doing so by highlighting the cuisine and staples of south Louisiana. Sweet potatoes, creole tomatoes, turtle, okra, scallions, blue crabs from Lake Ponchartrain, spicy Andouille sausage, bell peppers, head cheese, red fish, crayfish, and pork.

At the time, Paul was the unequivocal star of New Orleans and this new world of food. The best known restaurants in New Orleans were decades-old stalwarts of French~Creole cuisine; Antoine’s, Arnaud’s, Brennan’s, etc. Their restaurants served filet mignon topped with sauce Rochambeau, poached salmon with hollandaise, red potatoes carved into seven-sided tournee, true sole from Dover topped with crab and lemon beurre blanc, and cherries jubilee tableside.  The city’s most highly regarded hotel-based chefs were from Paris. They were the French culinary mafia and they took care of their own. These were chefs that created cityscapes out of pastillage (a paste of gelatin, water, and sugar), Easter bunnies out of blocks of ice, and flower arrangements from sugar and a blowtorch. Privately they sneered at our indigenous ingredients and their hotels spent small fortunes flying in Parisian ingredients. And in the middle of this, Paul Prudhomme burst forth.

In the early 1980s, our country was in love with bran muffins, quiche cookbooks, and wine coolers. Paul was the antithesis of all that, and what a media personality should be. He was wildly overweight, he had a thick, unrecognizable (if you weren’t from south Louisiana) accent and he was a cook.  Back then, cooks weren’t given much respect. Dining rooms, filet mignon, tuxedoed maitre’ds, and luxurious tablecloths yes, but not cooks, and especially American cooks, from the swamps of Opelousas. On the Today show he cooked a hash from sweet potatoes and did so just as one would cook a risotto. Sweet potatoes were something south Louisianans like my mom bought on the side of the Airline Highway. At the time, sweet potatoes would’ve been considered fodder for the staff meal by the city’s French chefs. And that gargantuan, bearded cook from Opelousas was cooking them on national TV. Hearsay!  “Did you see the Fat Man on TV?” That’s how Chef Paul was mentioned by the city’s French chefs.

As the de facto family cook, the kid that helped mom pick out sweet potatoes, creole tomatoes, and okra at our roadside stands, I was amazed.  I was already cooking at a burger joint in Hammond, LA and hosting pop-ups in my college dorm. If one of my friends would shoot a couple of squirrels, I was the guy that would turn them into a stew. And there was Paul Prudhomme, extolling me on through his many appearances, magazine covers, and cookbooks.

When Paul spent a few days in my mom’s care, through her we exchanged ideas on culinary school and chefs I should work for. He was the one that told me to go to culinary school in New Orleans because in a few years, the city’s chefs and cuisine would be in demand across the world. He made those of us in the kitchen proud to be cooks and he showed us a future full of opportunity.  At a time when the only food celebrities were Hollywood starlets or exercise fanatics, Paul was a guy that grew up hunting, fishing, farming, and cooking. He was the one that inspired a generation of chefs to champion their own region’s raw ingredients. Today’s farmer’s markets, foragers, regional bistros, craft brewers, and distilleries all owe an enormous debt of gratitude to the “Fat Man.”

He was the champion of the Airline Highway sweet potato, the one that brought our humble south Louisiana ingredients into the forefront of the world’s food audience, and our first true American celebrity chef.