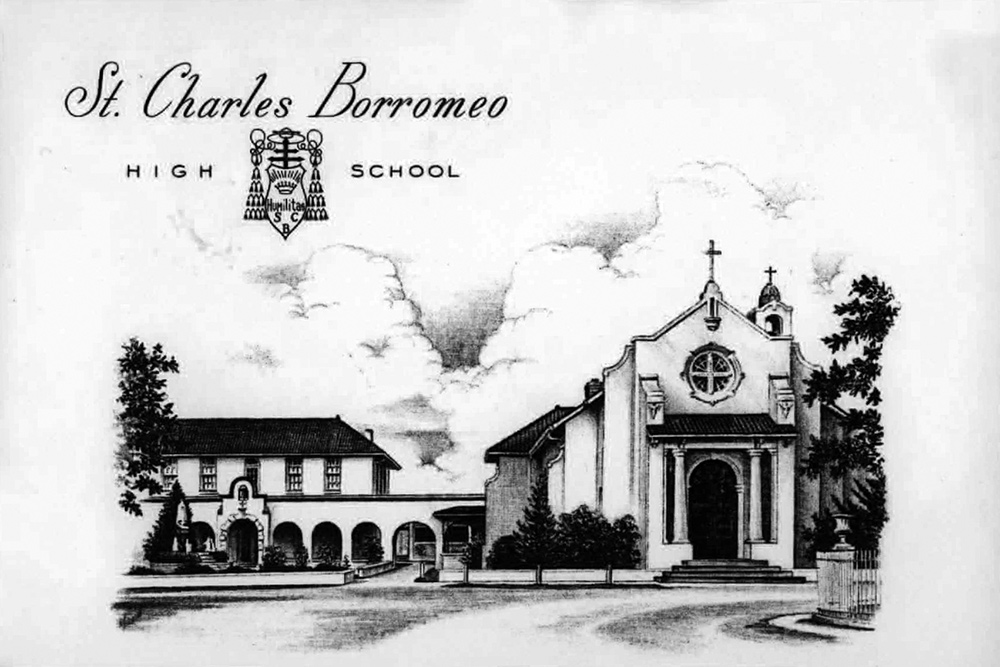 At fifteen years of age, words with sentiment and grace do not come easily. Like eating green salad with a spoon, it’s an awkward exercise for an age group least prepared to express emotion. So it was that my first words to Johnny Romanow stumbled their way across my tongue and at the time I was certain they did more harm than good.
“I’m real sorry your Dad died.”
Johnny slammed his locker shut, took a deep breath and said, “Me too.”

As we worked our way through high school, our paths grew closer, our words became stronger, our friendship tighter. I occasionally helped him with his English homework, he occasionally helped me with accounting. He taught me how to waterski, I taught him how to get out of a speeding ticket. As seniors we were both outgoing, mischievous, and easily conversed with the adults around us. As college loomed, and those of us about to graduate from high school plotted our takeover of the free world, we both decided on Southeastern Louisiana, about 40 miles north. Johnny once told me that if he’d gone much further away, he’d likely miss duck season.
At college we friended John Carter and Johnny eventually moved into John Perilloux’s hunting camp in the pine forest of Robert, LA. The small diners in Hammond, LA soon knew us as the Four Johns, as did most of the students that hung out at the union, and with Johnny standing head and shoulders above us, I believe we spent more time together than apart. While at Southeastern, Johnny had a few jobs. He spent a few months selling those big dish satellites and one day he came home to the apartment he shared with John Carter with an ice chest full of boiled crabs. He hadn’t made a sale, but he made a friend.
During hunting season, our weekends were spent simmering rabbit, squirrel, or duck gumbo in the camp which we now called Chez Robert. And if Johnny was cooking you can bet he’d invite friends. By the time we were seniors it wasn’t unusual for us to have 50, 60, or 70 guests at those parties and Johnny’s guests would run the gamut from college professors to a gang of bikers he’d met the night before at a bar. He’d smile and open his arms wide and thank whomever for coming, then turn to me or John Perilloux with a wink and say, “better cook more rice.”

When we cooked Johnny and I often argued about technique, but back in the dark ages, before YouTube, screwing up was how people learned. And I suppose we cooked our fair shares of screw ups. When I tried something new, he’d stick a spoon in, give it an exaggerated sniff and a hesitant taste then offer up a sarcastic, “Well we know who the budding chef is.”
When Johnny cooked it wasn’t about the meal, it was about community, the process. The many steps of a proper gumbo he used as an opportunity to share community with his friends. He’d ask them to chop a pepper, dice an onion, it was a chance to participate, an opportunity to contribute, to matter. “What do you think it needs?” And I’d bet his ability to bring others into the process of cooking gumbo also fashioned his leadership style familiar to his associates at Kelly and InStaff. After college we shared a small apartment in New Orleans. He was at Loyola, and I was in culinary school. One morning I woke up and there was a couple pounds of Andouille and a chicken in the fridge, and he was at work. And I made chicken gumbo for us without realizing he’d spent all day thinking about the steps he would take when he made his gumbo after work. Some people look forward to washing the car or a round of golf, Johnny was always trying to perfect his gumbo. I think that’s the only time I remember him being truly upset with me.
Years later, when I achieved a James Beard nomination for Best Chef in the Southeast, he was the first guy I called.
“That’s awesome John. I guess you didn’t serve those judges gumbo, right?”

While studying at Loyola, he landed a job at Maison Blanche, this fancy department store, and his first position was fur coats. Johnny Romanow actually sold fur coats in New Orleans and if you knew him, are you really surprised?
Throughout those years in New Orleans, we took care of one another and worked through an apartment fire to a couple of break-ins, and he always laughed those things off and was back at work the next day. And the stories he’d bring home, whether he was tending bar or selling ties, were always lighthearted and his stories weren’t told at the expense of others, rather his stories always involved him making a stranger smile.
While we were still roommates, I proposed to my wife Amy. And although he teased me about breaking up the band, he was very happy for me, for us. Our wedding was in Memphis, a town most of my groomsmen didn’t know. The night before we were supposed to meet at a club, but we all got lost, a common occurrence in those pre-internet days. So, me, Johnny and my chaperone for the evening, my sister’s date, John Chance, drove past this punk rock bar and it’s packed to the gills with kids with nothing but angry stares for three well-dressed visitors. When we left an hour later those same kids were high fiving Johnny and told him we were always welcome at their club.
One day I got a call from him. He’d been with Kelly for a few months, and he wanted to celebrate a promotion. So, we met in town and shared a few beers and he told me his boss had called him into the office and was giving him a few attaboys then said, “I’m really looking forward to having you on the team and helping Kelly achieve its goals for the coming year.”
To which Johnny replied, “Remind me exactly what it is that we do here at Kelly.”

Of course, he would say something like that.
When he met Debra, we all knew where they were headed. Together they just seemed to fit, it was as if they’d known each other for a very long time. It was the way they made each other smile and people they’d just met wanted to be around them because they had this knack for making other people happy. Friends and family, that’s what truly mattered to Johnny.
While we still had that apartment in New Orleans, I took him to dinner at my Mom and Dad’s house. My mom was an excellent cook and of course Mom and Dad always enjoyed his company. And as my Dad was a judge, Johnny understood the importance of keeping him close. After dinner we had to get back to New Orleans and I hugged my Mom, and I kissed my Dad. When we got in my car, Johnny immediately told me, with a tear in his eye and a smile on his face, “John I think that’s so cool you kissed your Dad. Man, I’d give anything to kiss my Dad again.”
Everything he had just for one kiss. To friends, and to family, and to the lessons of community he taught to all of us.