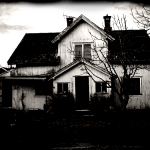 Those were foot-steps.  No question about it.  Even in the darkness I could see the fright on my wife’s face.  She threw the blanket over her and clutched me like never before, the flesh on my shoulders proving no match for her recently manicured nails.  Someone was walking on the third floor of my brother’s house yet not eight hours before we had been upstairs and there was so much stuff on that floor that it would have been impossible to actually walk.  And now those footsteps were getting closer.  I held my breath. 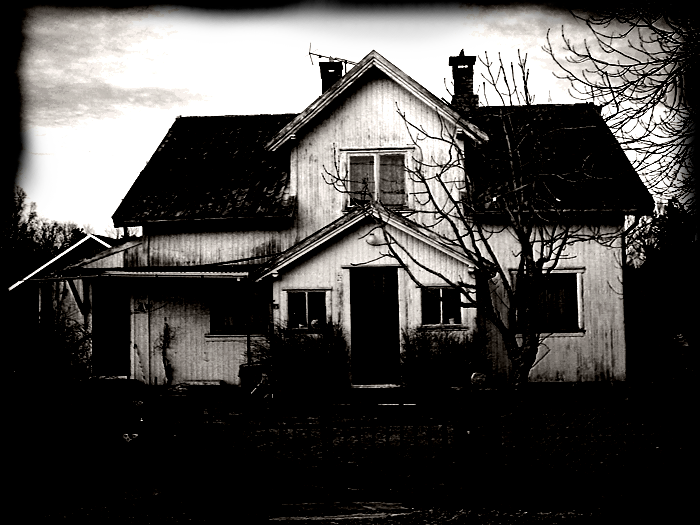 The US Navy had recently sent my brother and his young family back to the states and he bought a 100+ year-old house in Suffolk, VA.  About three months later he confided to me he believed the house was haunted.  “I get up at five am and the kitchen cabinets are all wide open, one night I heard a voice in the attic and there’s been a couple of times when we hear someone walking around upstairs.”

When I asked what he was going to do about it, he nonchalantly replied, “Nothing, why?”

At the time he was a weapons instructor at Little Creek Navy Base. He was the guy that taught folks such as Marine Recon, Coast Guard boarding parties and Navy SEALs how to refine their close-quarters shooting skills so it took a lot to rattle his nerves and clearly phantom footsteps weren’t going to do it.  Amy and I were already planning a visit and the possibility of a ghostly encounter only made the trip that much more compelling.  After we arrived my brother soon led us to the third floor.  They had spent the last four years in Italy and still had many boxes left to unpack and those boxes found a home upstairs leaving very little of the floor accessible and it was also quite hot.  It certainly didn’t feel haunted, just hot and stuffy so we headed downstairs to plan our evening.  We hadn’t seen one another in four years so we had plenty of wine-accompanied catching up to do.  Eventually the day got the better of us and we turned in.  Amy and I were assigned a bedroom on the second floor and after such a long day we were soon asleep.  Then the ceiling started creaking, this was an old house with tongue and groove wood floors and dang if each floorboard wasn’t yielding under pressure.  I could not believe my ears.  I elbowed Amy awake and pointed to the ceiling.  “Do you hear that?”  When she realized what was happening she broke into a cold sweat and gripped me in fear.  Our bed was situated such that we could look right out the open bedroom door and see the door to the third floor staircase.  I had the sheets pulled up to my face but I couldn’t shut my eyes.  Then the stairs started to creak.

“It’s coming downstairs” I whispered.  Amy’s nails drew blood as I counted steps; each one gave under the weight of the visitor.  After the tenth step the enormous brass doorknob on the staircase’s door started to turn, the sound was unmistakable.  I was petrified, every muscle in my body was tense and I was covered in sweat, my pulse raced into the 150’s yet I kept focused on the door.  Any second it was going to burst open and I would be face to face with an apparition from another dimension.  What would it look like?  I held my breath and prayed.  The doorknob stopped turning then the steps began creaking.  It was going back upstairs.  My eyes followed the floorboards as it went back to the third floor and made her way to the far side of the house.  Soon the only sound in the room was the pounding of our hearts.  After what felt like thirty minutes or more my breathing had stabilized and Amy loosened her grip.  Eventually we fell asleep but it was fitful at best.  In the light of morning the encounter felt less threatening; over several cups of dark coffee we soon decided that if she came back we would go upstairs with the flashlight my brother provided yet that night we slept soundly.  A month after our visit, his young children began talking about the “good lady upstairs.”  Eventually my brother did some research at City Hall and learned that the wife of the original homeowner had died an untimely death.  She had a large family and he surmised that when visitors showed up perhaps she felt the need to make sure everything was OK so she went about tidying up, closing windows, planning breakfast and locking doors.  Whatever bro, I think she just wanted to scare the tar out of me.