“One day, you’re going to be a great attorney.” “Yeah, uh, thanks, Dad.” How could I tell my attorney father that a morbidly obese cook from Opelousas, Louisiana, a man that favored sweet potatoes and pork belly over Filet Mignon, had already set me on my career path to become a professional chef, and not […]

A Tale of Two BBQ’s 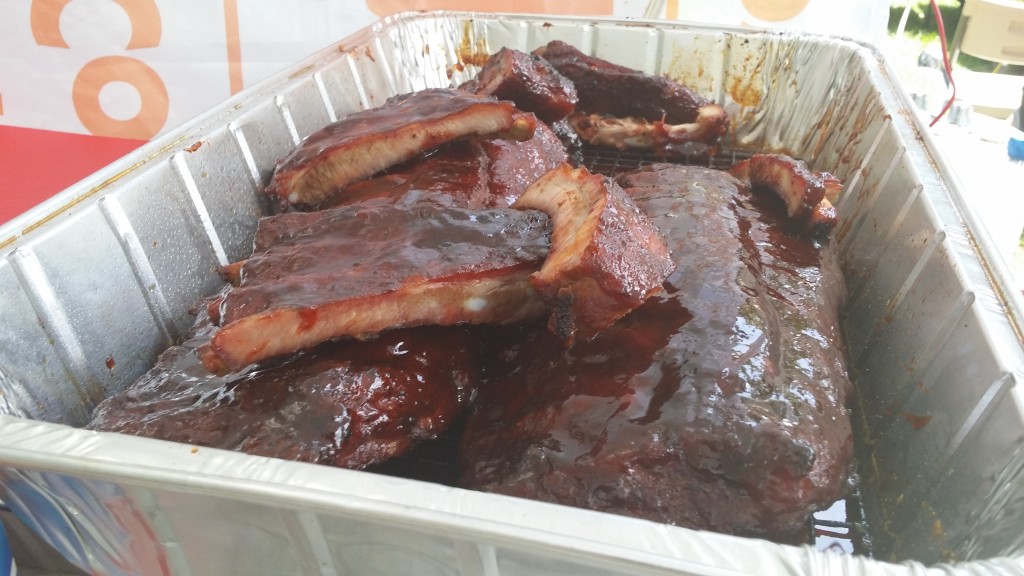 Hudson Denney has just handed me perhaps the most memorable bite of BBQ I’ve ever had.  It’s beef brisket; tender as a poem by Byron, more complex than a fine Bordeaux, redolent with spice, smoke, acid, sweetness, and cherry wood overtones.  Hudson can tell I’m impressed by my wicked smile.  I’ve been coming to […]

Our friend was leaning into our car window, grinning from ear to ear.  Just a week earlier he was the winning bidder for a dinner that my wife and I donated as a fundraiser for our church.  His mind was racing with the expectation of a memorable meal and Amy and I were excited […]

Paul Fehribach isn’t interested in coffee that comes in a can but he certainly knows how to use a coffee can.  At Big Jones, his bustling Chicago homage to traditional Southern cuisine, he is recreating the type of homestead cooking that his great-grandmother pioneered at her family farmstead along the Buffalo Trace. “She used to […]

From Brooklyn to Bourbon

As a kid growing up in south Louisiana our little town celebrated a smoked pork sausage with a three day fair, the Andouille Festival.  We would grill it, fry it, put it on a stick, toss it into jambalaya and gumbo and even award a local beauty with the title of Miss Andouille Festival. Small […]

The State of the Market

When we moved to Greenville in 1994 I had embraced the idea that great restaurant food should have a sense of place.  In short order I ended up as Chef at a recently opened bistro that featured a New-American style menu and I set about creating a regional focus.  I sought out local farmers […]

The Class of the Field

“Here’s your lunch and if you’ll excuse me” I announced as I handed the paper plates to Juan and Jimmy.  I was serving lunch to two professional racing drivers that I respected and admired yet at that moment I was certain no one wanted me near them.  The producer was having none of it. She […]

I won a Date with Tony Bourdain

From the Fall of 2006 It’s 7:00 a.m. on a Friday morning and I’m lying in bed watching the ceiling fan as it slowly induces in me some well-deserved motion sickness. At least I am in a very nice bed and the bathroom is only a short crawl away. I’m 44 years old and I haven’t […]

Back in the summer of 2001, Fox & Friends was hosting a Labor Day Cookout show and they invited three chefs to prepare outdoor recipes and somehow or another I made the cut.  So I reached out to Bell & Evans Chicken and they wanted in so I went to NY and represented Bell & Evans Chicken.  I […]

The Ageless Appeal of Pinot Noir

Thomas Torrey, the web and video genius for Senior Living Communities, shot this video of me hosting a Pinto Noir tasting in the dining room of my former place of employment.  I loved getting out of the kitchen and doing fun events such as this.  My wine tastings always a big hit and a lot […]