27 May “At This Performance”

Tears had formed in the eyes of Eric Ruiz and there wasn’t a tissue within 300 feet, and I suddenly felt stupid for not being prepared.  But I didn’t think I would need tissues.  After all, Eric plays a character capable of murder, one so intimidating that an entire community cedes to his demands, then evades a police force complete with batons, torches and sharp shooters.

“I’m sorry.  When I stop and think about all the people that have had such a positive influence on my life and propelled me to where I am now.  It’s all so overwhelming.”

Eric is currently touring with the reimagined production of Phantom of The Opera, and he plays several roles.  He’s a fireman, a stagehand, a ballroom dancer, and a monk.  And he’s also the understudy to one of the most coveted roles in theatre, the Phantom.  Yet he’s a very humble guy that wants his audience to know how grateful he is for the applause, the accolades, and the opportunity of a lifetime. 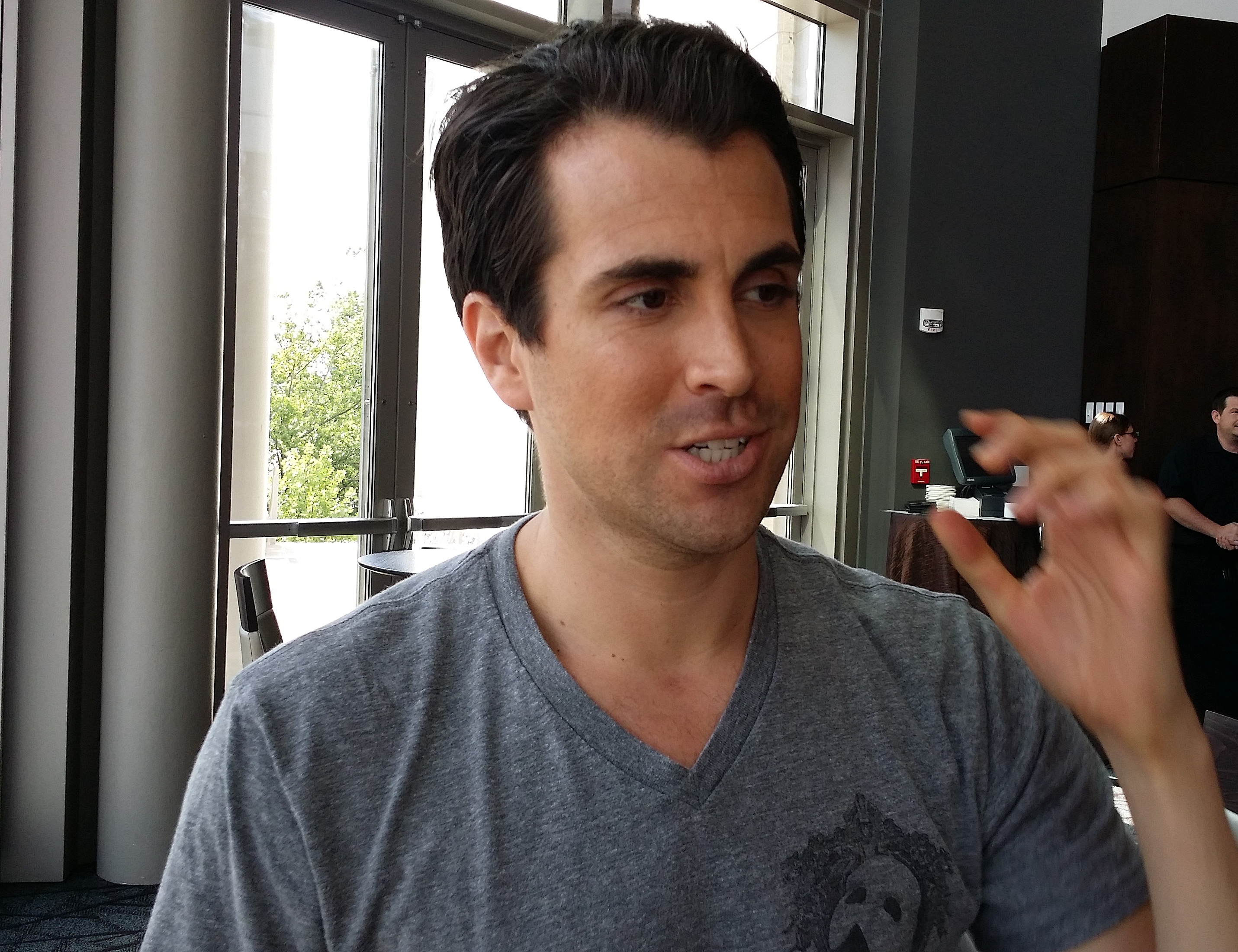 “Day in, day out, I’m constantly rehearsing.  I’ve got my parts to play yet I’m also prepared to play Raoul as well as the Phantom.  Between rehearsal and production I’ve got to keep fit so I’m working out, or running, taking care of my voice or going to physical therapy.  We’re all part of a team and it’s a very athletic endeavor and quite exhausting.  Yet for someone that’s been dreaming of this role since the age of fifteen, it’s absolutely the best kind of exhaustion imaginable.”

While Phantom was in its final weekend of performances at Greenville’s Peace Center for the Performing Arts; those two days meant four shows and almost 8,500 patrons.  Eric wanted every one of them to see the performance of a lifetime.  When he recounts his journey from a theatre-smitten teenager to the Peace Center, it’s understandable why he would need a tissue. 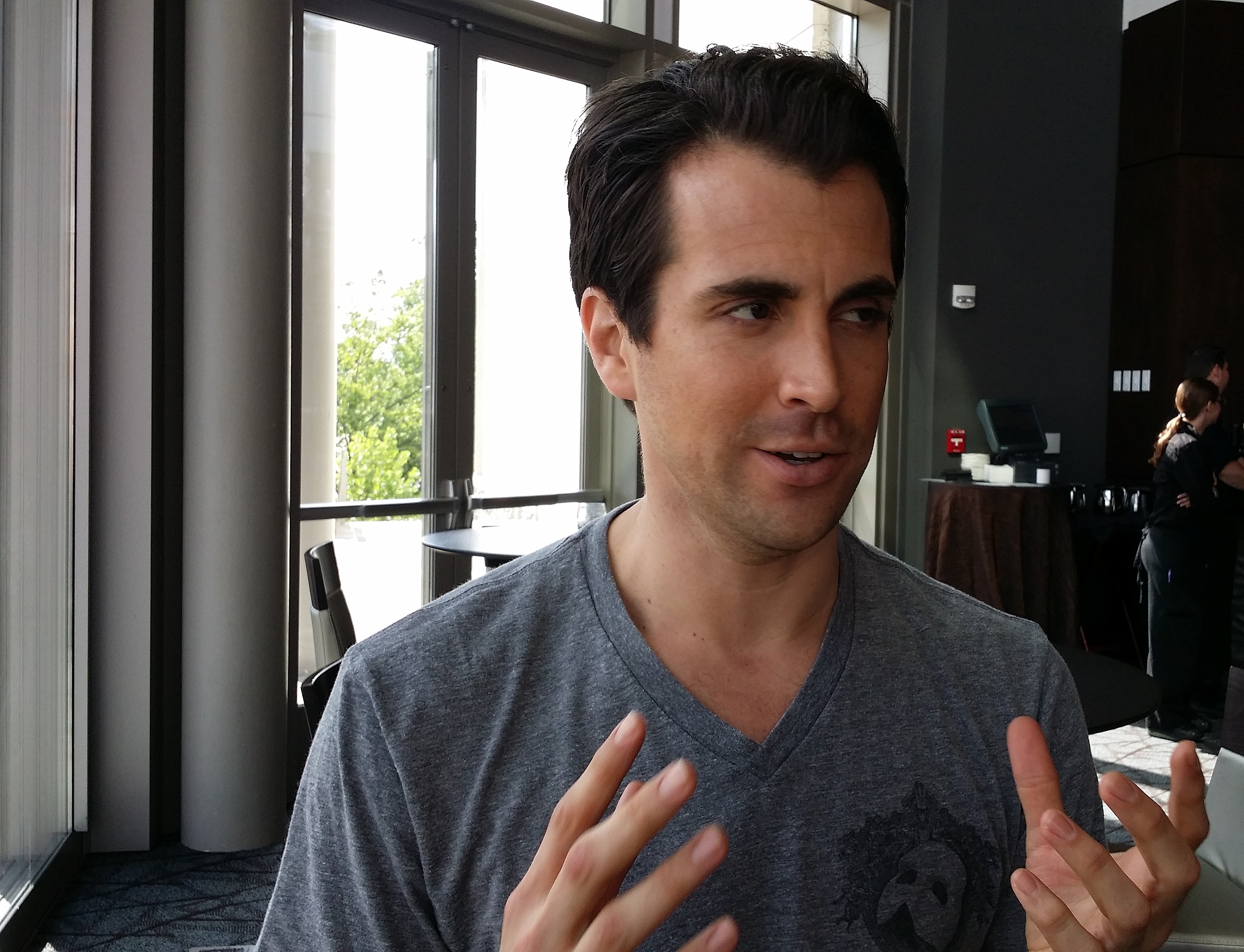 “I was just a listless teenager who hadn’t found my purpose in life.  I rarely thought about anything beyond tomorrow.  One weekend my Aunt Jessie and Uncle Sid took me to see Phantom with David Gaines in the lead role and I was just blown away.  It was so exciting and so emotional.  I wasn’t alone, either.  It seemed like the entire theatre had been caught up in the passion of the performance.  Women were wiping their eyes, the men were silent.  When I left that theatre, I knew right then and there I wanted to be part of something that moved people like that show moved me.  I made it my goal that I would one day play that role.  And now I’m living that dream.  So I pour my heart out in every performance, whether I’m playing a smaller role, or Raoul, or the Phantom.  Because I want everyone in the theatre to experience those same emotions that set me on this path so many years ago.”

Eric credits his Los Angeles high school drama coach, Cathy Jo Foss, with originally inspiring him to achieve his ultimate goal.  She was the one that convinced him he could sing, that he had a future in theatre, that he could create those emotions.  And she was one of the first people he told after receiving his “call.” 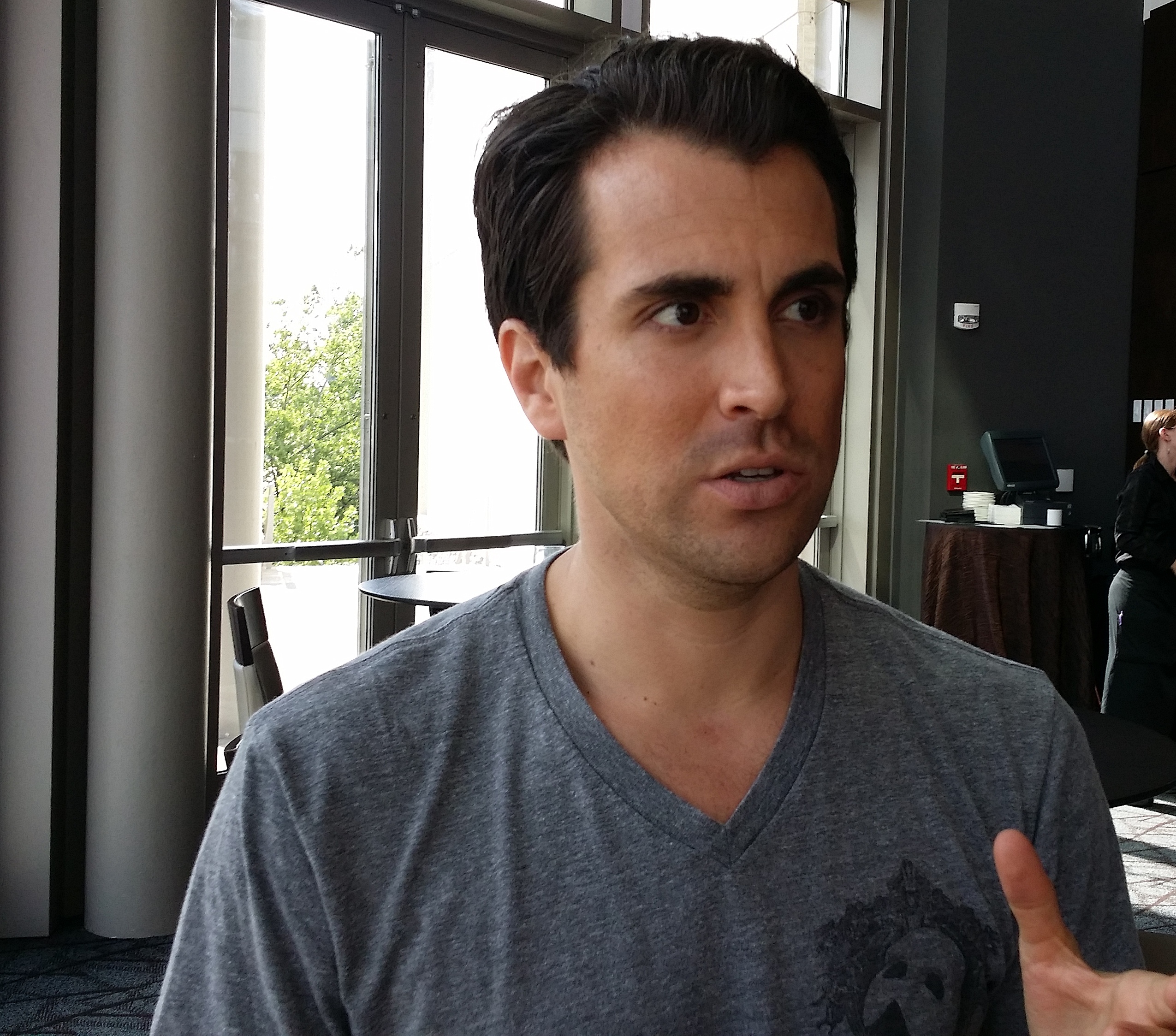 “June 26th, 2013.  I was headed to the subway in New York and the casting director, Merri Sugarman, emailed me.  I had tried out for a role in the Broadway production of Mary Poppins two years prior and she held on to my resume.  I couldn’t believe she even remembered me.  And when I called her I had no idea what she had in mind.  When she told me I would receive an offer to understudy both Raoul and the Phantom, I started screaming, then she started screaming.  I just couldn’t believe it.  As a performer, we’re constantly getting told no.  ‘No thank you, next please.’ It can be incredibly discouraging. There was a time I questioned everything about myself and my career path.  I’ve had periods where I was barely scraping by and I thought I’d made a terrible mistake.  But I got up the next day and tried to keep moving forward.  And when I got that call, in that moment, everyone that had ever supported or encouraged me was there with me.  It was just so incredible.” 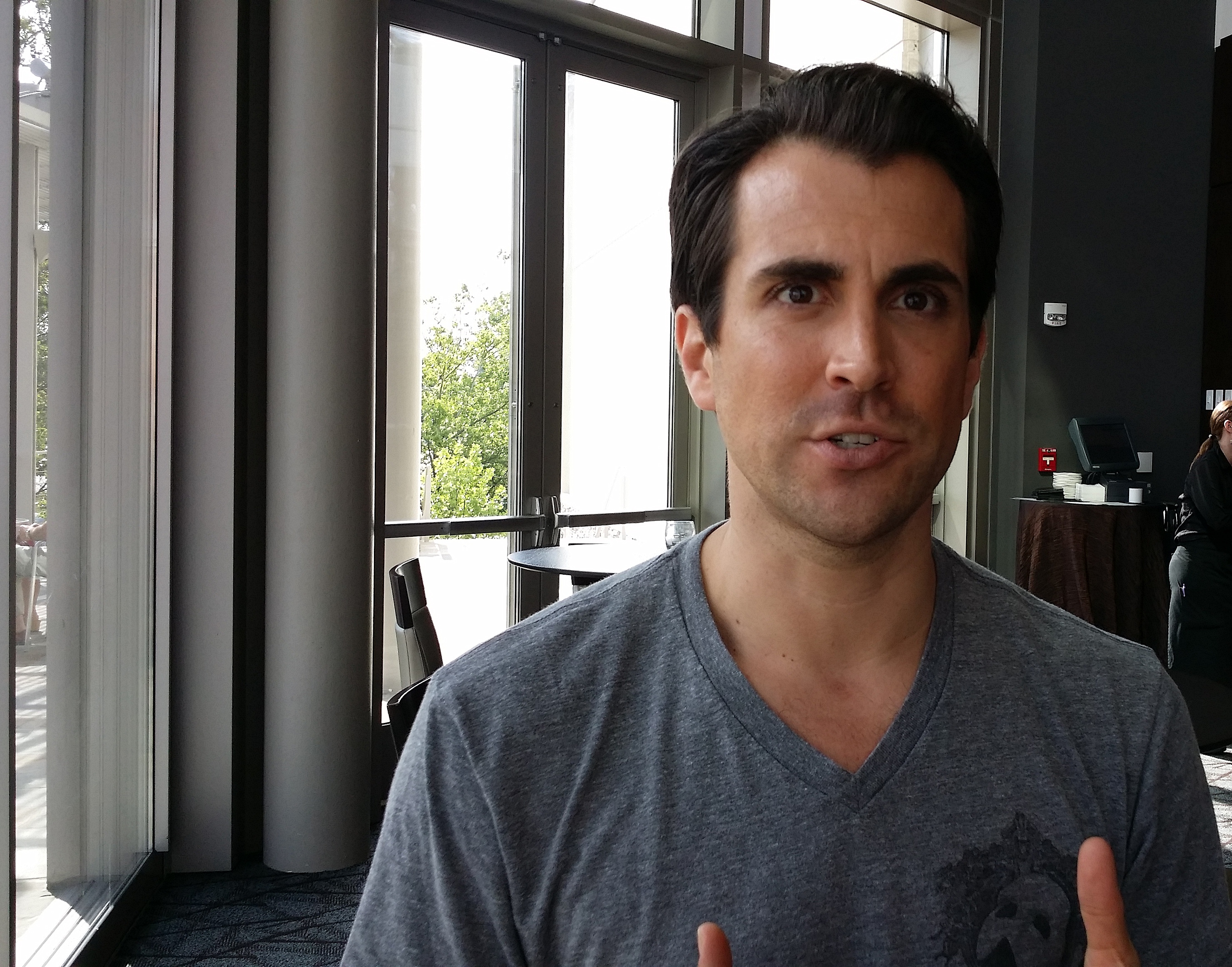 Now that Eric has achieved this objective, he can’t afford to relax.  He remembers the lean times with clarity so he treats every day as a gift, a very special gift.

“There’s a certain comfort in reaching this goal and I absolutely love being here but I can’t get complacent.  I’m an artist so I devote myself to my art.  Every time the curtain goes up, I remember all those times I was told I wasn’t good enough.  So I rehearse and practice and think about every element of the show.  Because tomorrow, I may be asked to put on the Phantom’s cape.”

And that’s really how we should live our lives.  We should practice our craft and search out ways to get better at whatever it is we do because one never knows when we’ll get called up to the next level. 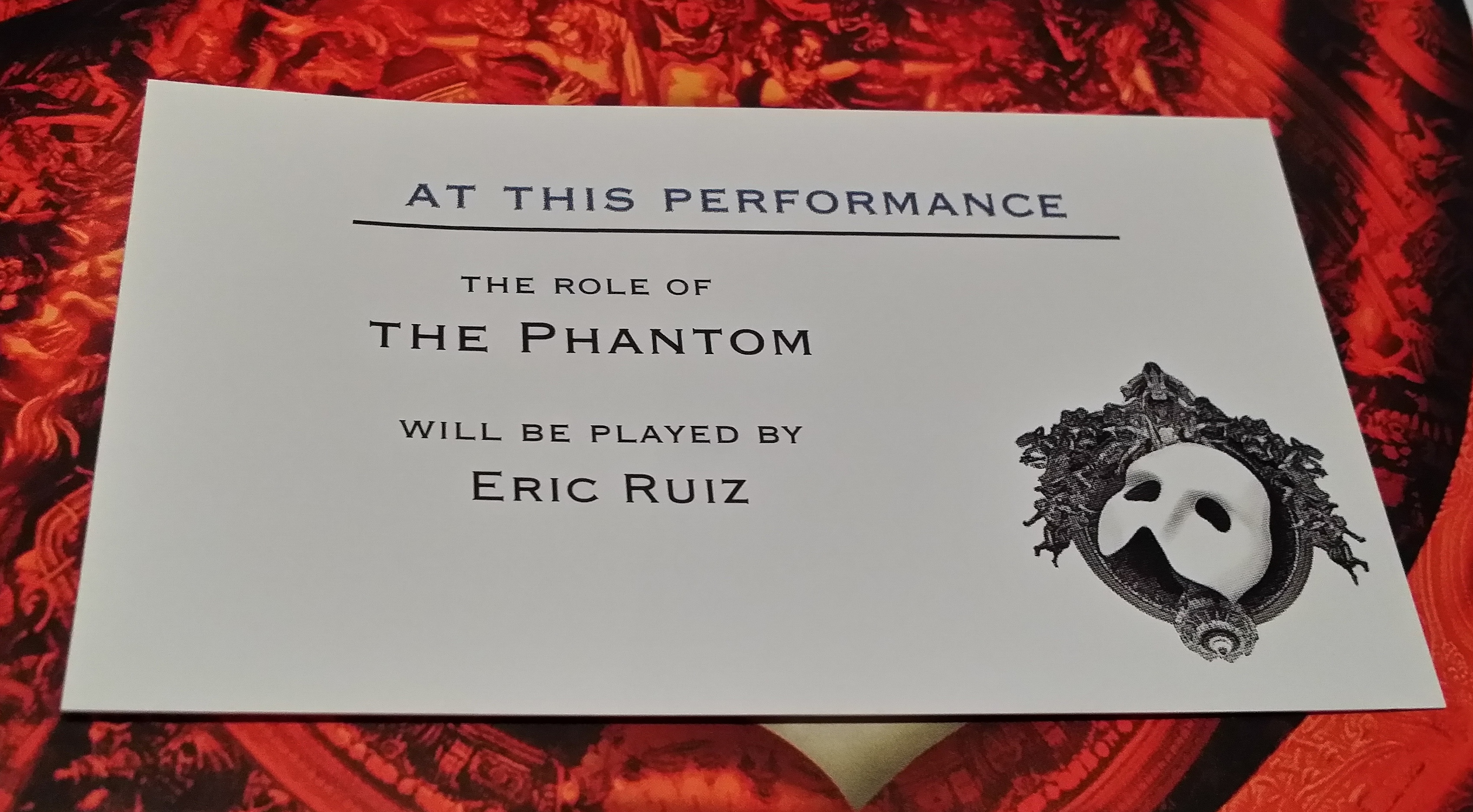 I know this is going to be hard to believe, but the next morning, Eric’s call had come again.  He texted me to say he was wearing “The Cape” for Sunday’s matinee.  My wife and I had just left church so we raced across town and arrived at the Peace Center with a few minutes to spare.  Both of us had seen the show earlier in the week yet this performance had a unique sense of anticipation to it.  When the curtain rose, Eric Ruiz, fireman, stage hand and humble ballroom dancer was transformed into the Phantom.   He was commanding, then vulnerable, brawny, then tragic, and he displayed a fitting amount of reverence for the role.  His Music of the Night duet, with Grace Morgan as Christine, drew enthusiastic applause from the sold-out crowd.  And as he took his final bow, the theatre shook with approval.

The lights came up, the auditorium quieted down, then my wife turned to me and nodded her head in amazement.  “Wow!  So much raw passion in his performance.”

The ladies in front of us turned to my wife and agreed, then wiped their tears away with a fresh tissue.

Perhaps I did, too.