Patrick Square’s Farmer’s Market was buzzing with activity yet the sky behind Liydia Vdovichenko had grown menacing.  The threat of a thunderstorm was in the air yet she wasn’t fazed.  There were shoppers with money in their hands and she had something precious for sale.  Honey.  Made by her family’s bees, gathered by the hands of her husband, Vladimir, and placed in jars by her own children.  In the mottled sunlight, it shimmered like liquid gold and if that wasn’t enough to draw in buyers, Liydia’s infectious smile and offer of a taste did the trick.

“My husband, Vladimir, came to the US in 1991 and he used to say I will never be a beekeeper.  His father, Vitaly, was a beekeeper in Uzbekistan so he grew up around bees and honey.  Vitaly would bring his bees to orchards, gardens, and vineyards and of course he brought his son along.  Vitaly also had a full time job though, so in his free time he cared for the bees.  In the growing season, a lot of famers use bees to pollinate and he would bring his bee boxes across the countryside.  He even made the frames for the hives.  And my husband, he always said he didn’t want anything to do with bees.  And now, look at this.” 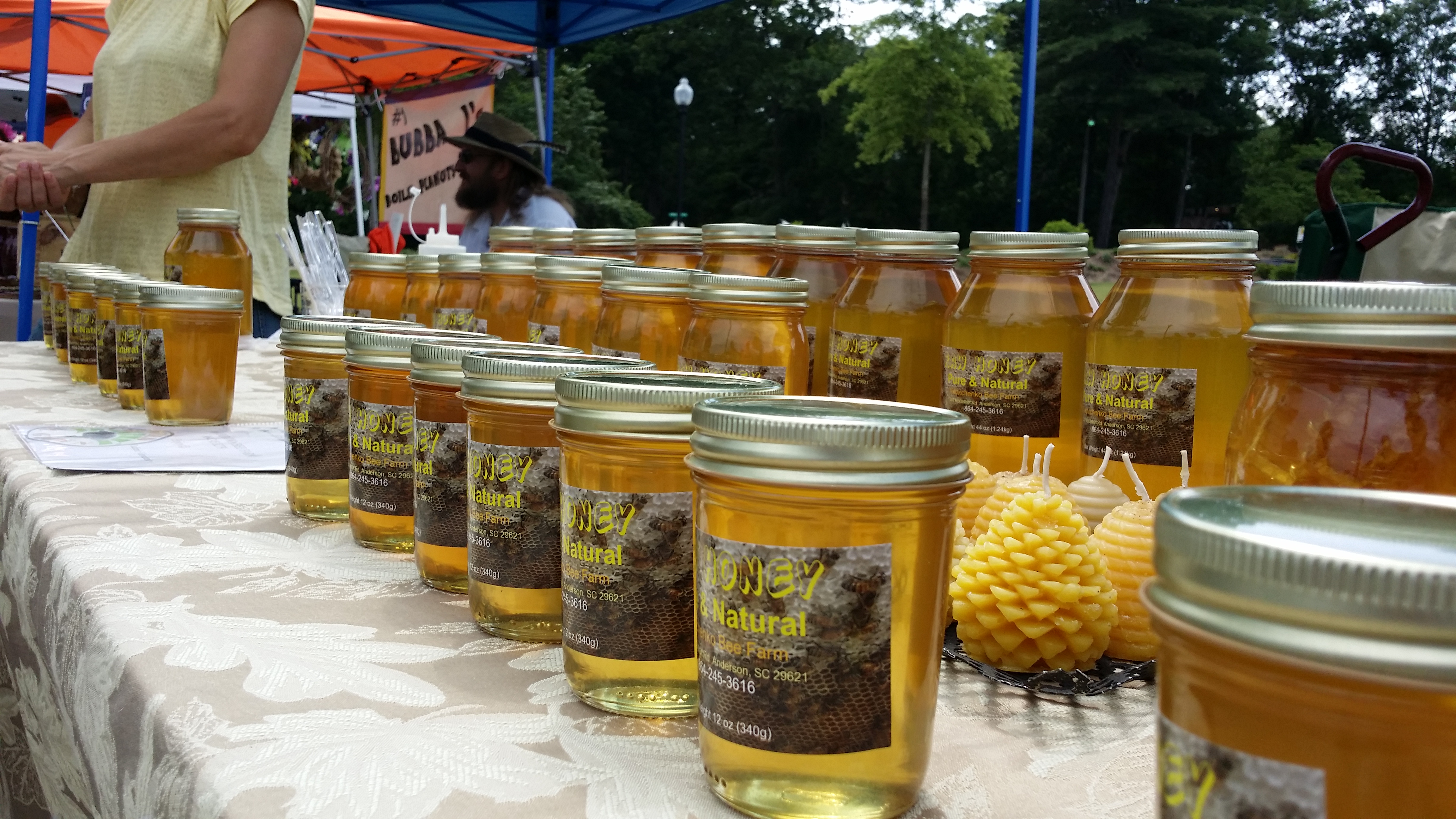 She waved her hand across the table full of pints, quarts and bees wax candles.

Bees are incredibly important, they create a critical link to an enormous amount of our food chain.  Insect-pollinated fruits and vegetables make up one third of the human diet and bees account for eighty percent of that.  Bees seek out nectar, they’ll travel from blossom to blossom and in so doing, they brush against the pollen held on flowers of all sorts of edible fruits and vegetables.  As the honey bee makes its way from flower to flower, some of the pollen from the first flower sticks to the next flower. In this way, fruits and vegetables are pollinated. Almonds, apples, avocados, blueberries, cantaloupes, cherries, cranberries, cucumbers, sunflowers, watermelon and many others rely on honey bees for pollination. In recent years, bees have been under assault from pesticides, disease, unseasonably cold winters and the research-confounding Colony Collapse Disorder.  And fighting the fight that keeps bees in our ecosystem are folks such as Liydia and Vladimir. 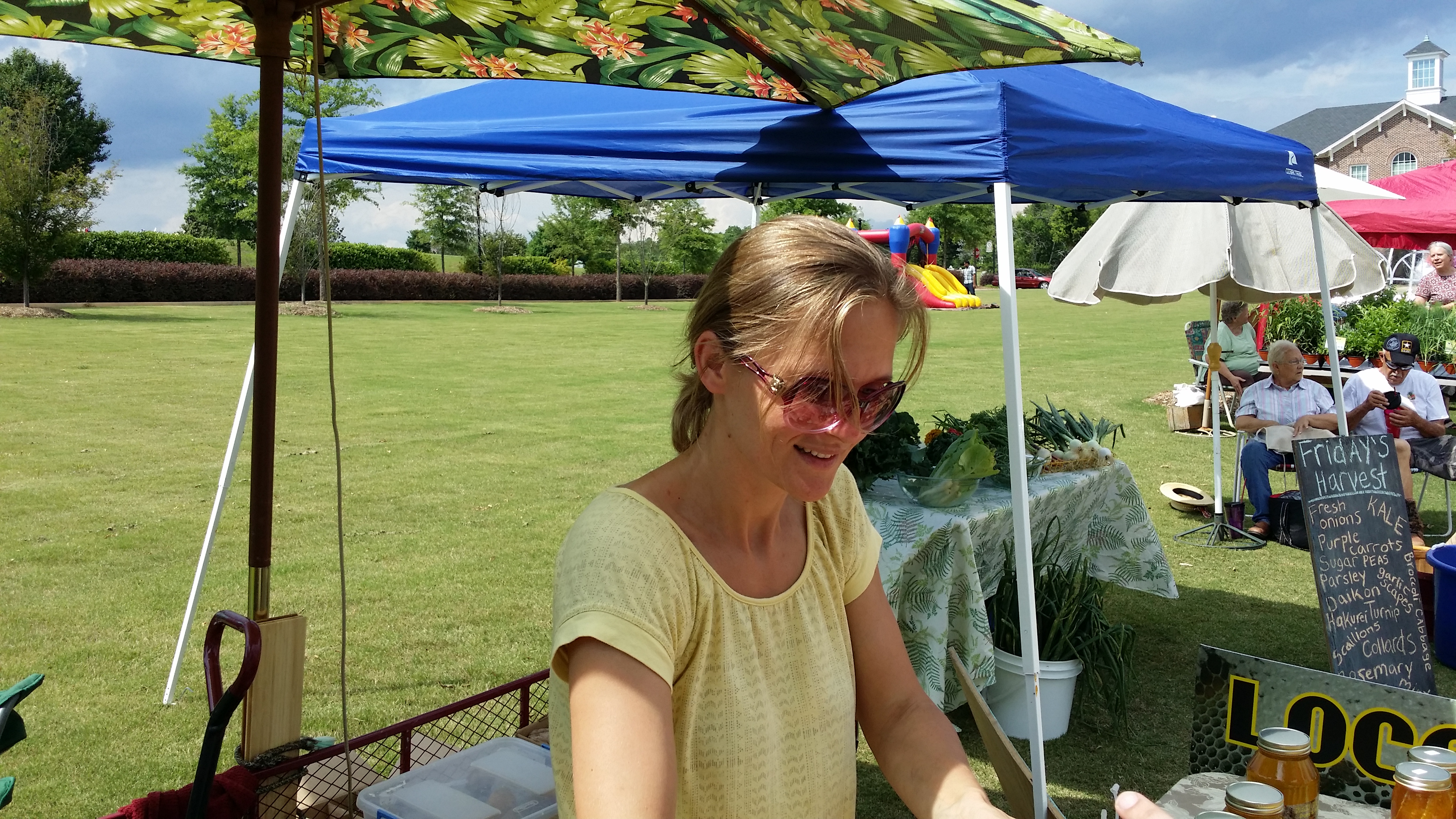 “Bees will pollinate for two to three weeks and then they move on.  Right now we’re not contracting with any farmers so our bees go out daily and seek out pollen.  This is wild flower honey and the only thing we’ve done is filter it.  During the winter, the bees eat their honey, we typically don’t harvest much at all.  Yet now, when the flowers are blooming the bees are out there working and we’re harvesting. For us, it’s a good thing we home school the kids because they can help out, too.  Our oldest has set up a stand at another market and he’s making a percentage.  So you see, our bees have many lessons to teach us.”

We’re interrupted by a customer looking for sourwood honey, so I back up and let Liydia talk.  Sourwood honey, like other monofloral honey (honey derived predominantly from a single blossom, such as orange trees) is very precious and can be time consuming to produce.  A beekeeper may have to bring his bees to the source of the plant in order to secure enough of the essential elements of the pollen.  Sourwood trees bloom from late June to early August so a beekeeper may not have sourwood honey until the end of summer.  This customer is disappointed when she learns this yet she cannot resist Liydia’s offer of a sample.  She happily walks away with two jars.

If one is going to become a successful beekeeper, it’s not enough to produce honey, you better be able to sell honey, too.  Liydia holds up a jar of honey that holds a fat slice of honeycomb and she points out the pollen still inside the honeycomb.  I recently helped a friend beat his seasonal allergies through daily consumption of local honey and I’m not alone in that belief.  Use local honey daily, even a small amount, and one may build up a tolerance to local pollen and perhaps your seasonal allergy symptoms may be lessened.  Liydia glances cautiously over her shoulder, and wonders out loud if she should pack up.  But there’s still buyers. 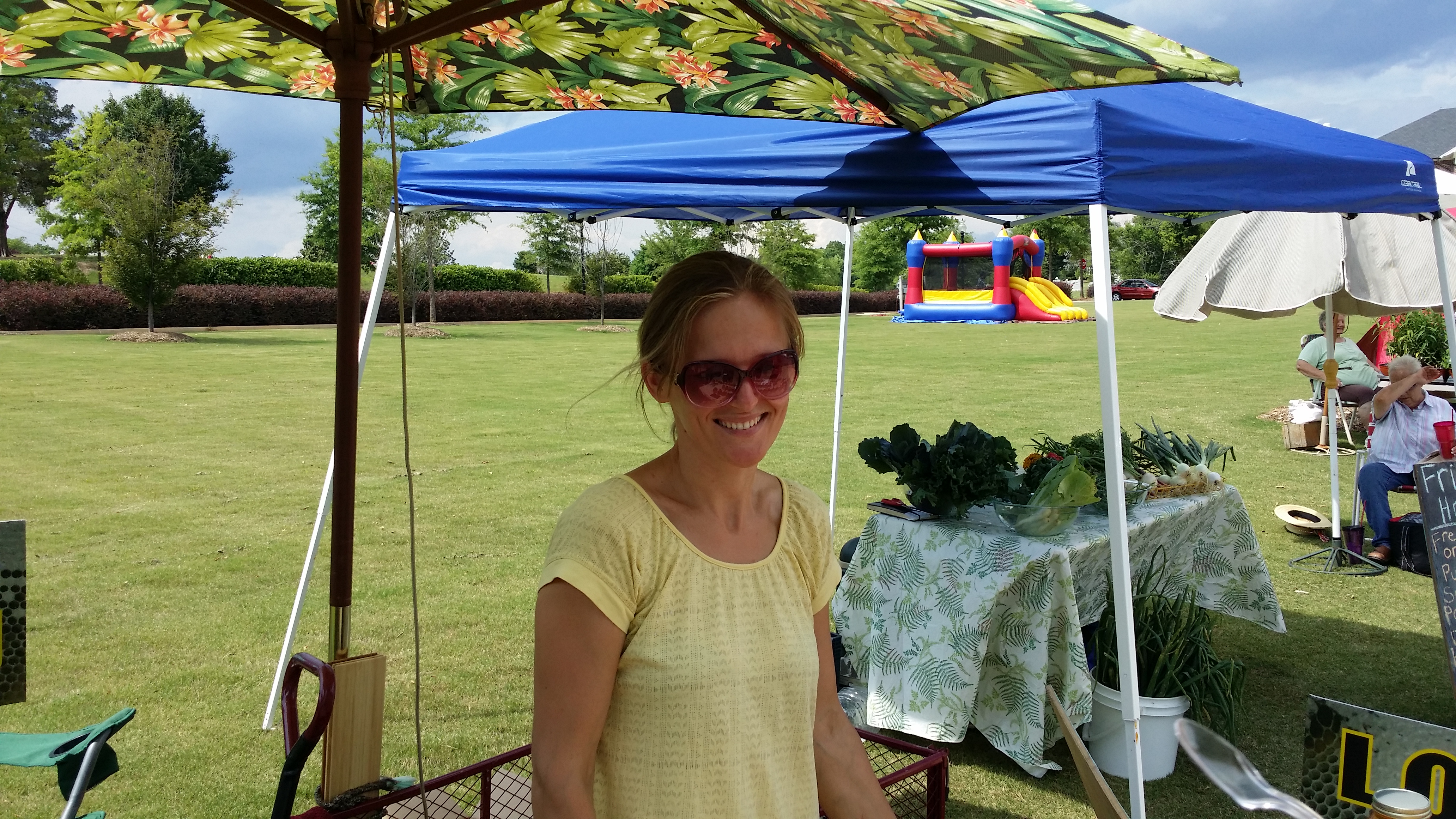 “Bees keep their hives at a steady 93 degrees year round, so in the winter they have to work harder to keep that temperature up.  In the winter, we always lose some of our bees but this past winter was really cold and when bees work that hard (to keep the hive temperature up) there can be losses.  So we have to help them as much as we can but we never resort to chemicals or anything like that.”

Bees store their nectar in the cells of the comb then seal it with wax.  All that constant fanning by the worker bees causes evaporation and the nectar slowly becomes honey.  When it’s harvested, the individual frames are removed from the comb, the wax cap is sliced off and the honey is collected through a centrifuge.  Liydia and Valadimir collect the wax and turn that into candles.  She offered me a candle and I was surprised how solid it felt, given the heat of the day.

“The bees make honey, and candles, and a business for my family.”

And as I looked out at the market’s offerings, I thought perhaps her bees made a lot of this other produce possible, too. 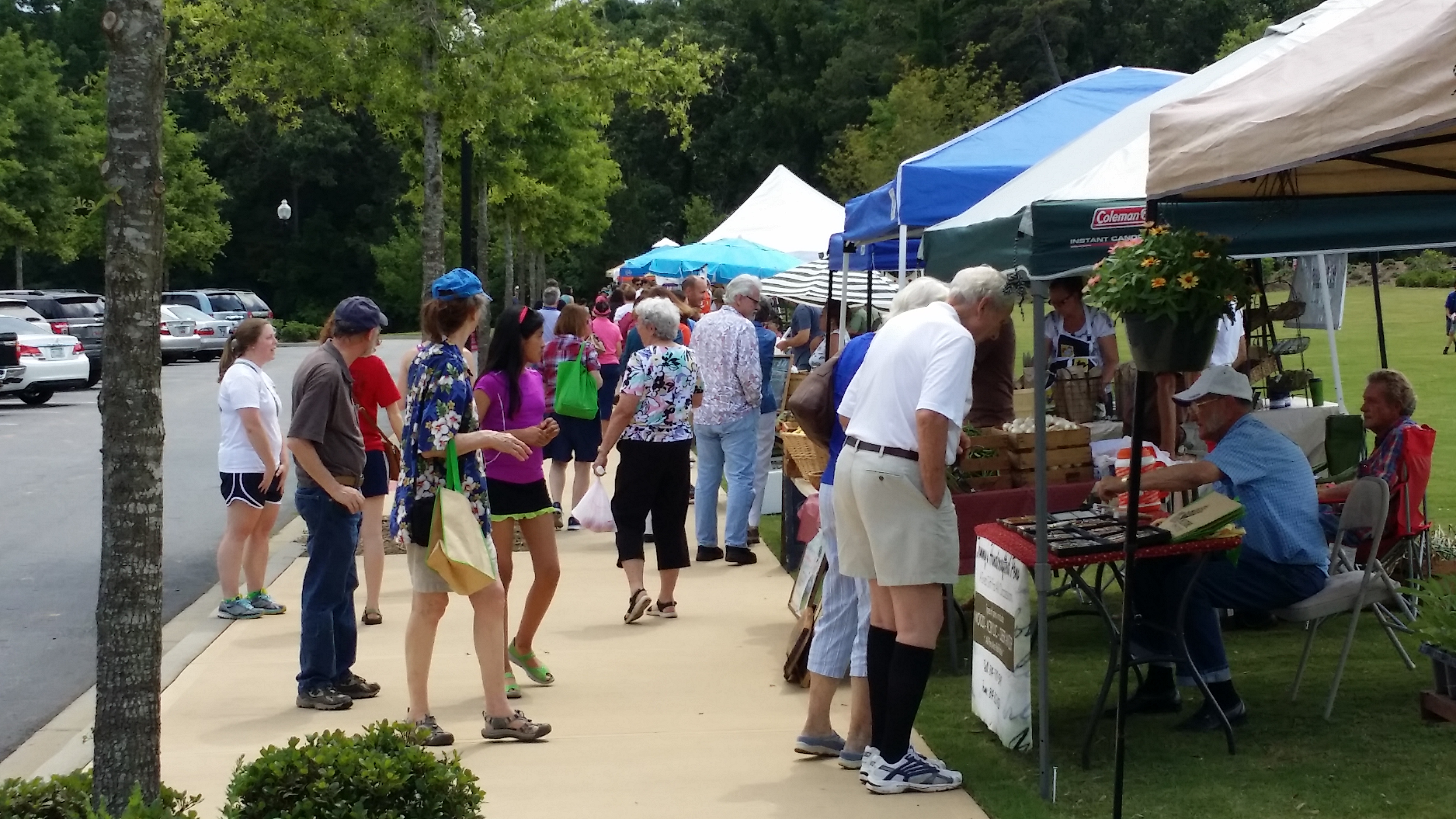 The Clemson Farmer’s Market takes place at Patrick Square every Friday from 3:00 pm to 6:00 pm during the growing season.