My alarm will go off at 5:00 am but I’ll probably wake up at 4:00. My team is coming over for breakfast at 6:00 am and we’ll spend an hour trying to shake off our nervous energy. I’ll bake an egg, potato, bacon and cheddar cheese casserole and make some sweet potato waffles. My wife will bake a batch of blueberry muffins and we’ll eat until as much as we can stand. One cup of coffee for me and a small one at that. Lots of water, juice, and some electrolyte tablets.

It’s a 25 minute ride to Heritage Park, the start of the #SCRTR, and we’ll want to be there at least an hour before the start. And while we’re there we’ll make another bathroom stop, and even though we just did it, we’ll check our tire’s air pressure, and our brakes, and our gear. 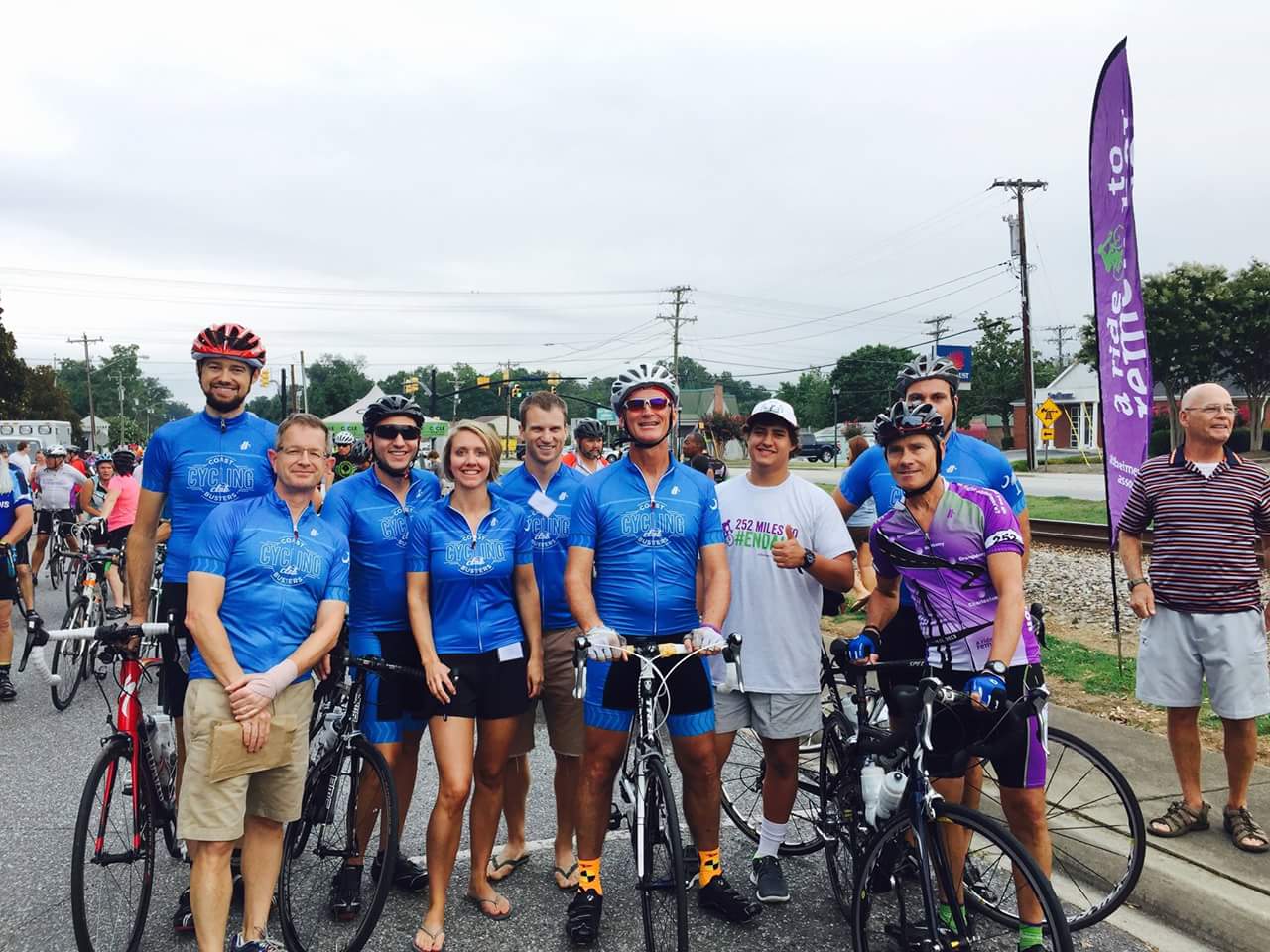 There’s four riders on this year’s Coast Busters team, and five volunteers. Myself, Brian Hale (electronic engineer for Gulfstream Aviation in Savannah), Julian Loue (insurance adjuster for Allstate Insurance), Daniel Soloway (process engineer for GE Turbines) and myself. Brian Kenna (pharmaceutical rep), Emily (Physical therapist for AnMed) and Steven Banks (self-employed plumber), Bethany Loue (aesthetician), and my wife Amy (Events coordinator at Christ Church) will volunteer. And that means sitting under a thin shelter, in July, on the side of a secondary road for hours on end. The #SCRTR provides water stops every 15 miles and those stops typically have two or three folks.

We’ll have a boatload of TV coverage this year with live remotes by all of our local stations, plus we’ll have one of the stations providing aerial coverage. 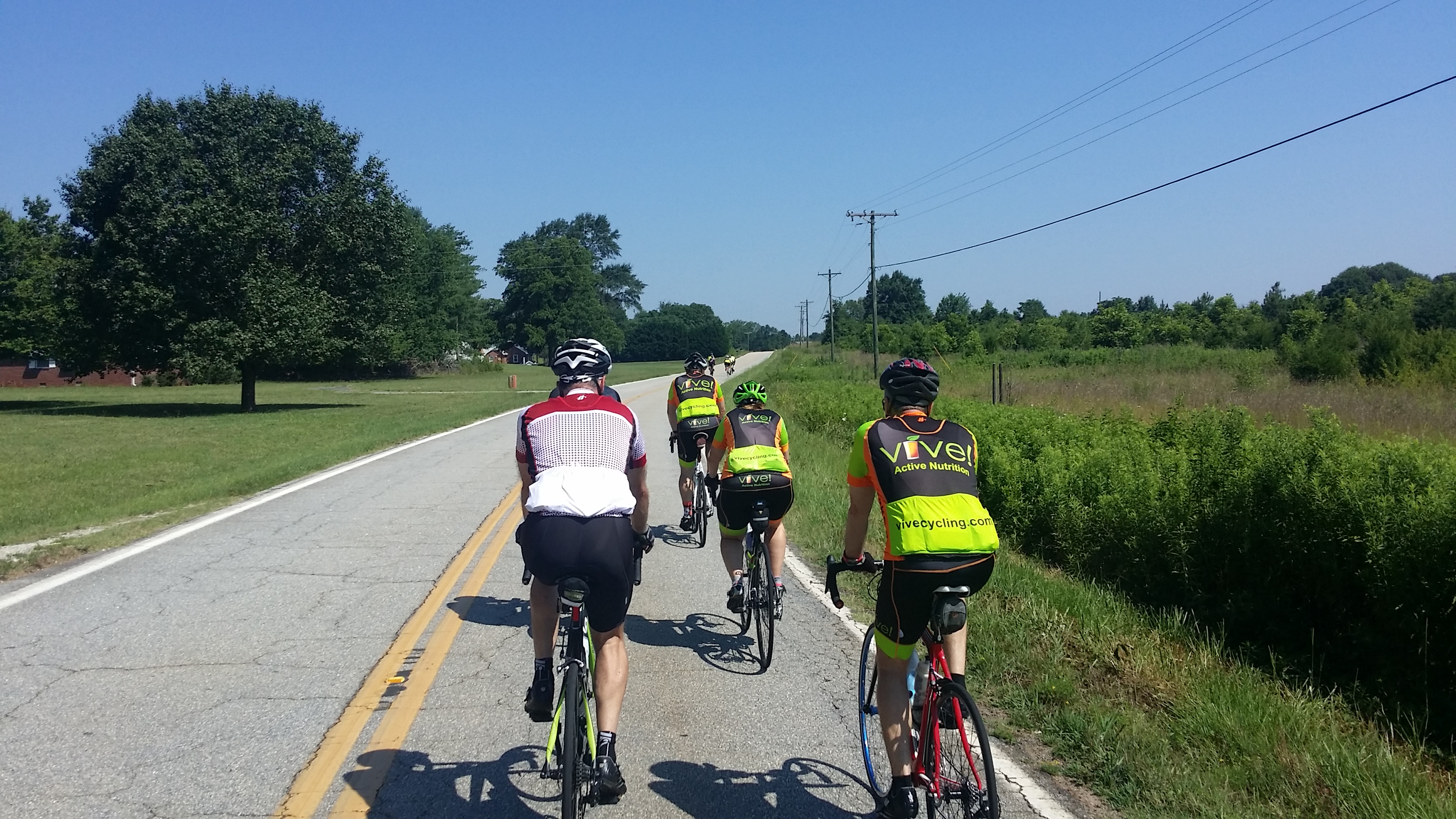 We’ll sign in, say hi to a lot of other riders, stock up on food and probably drink more water. at the start line we’ll line up according to average speeds, and we’ll all start at the front. We’ll have a few last-minute instructions from Ashton or Aundi (SC ALzheimer’s reps), we’ll be led in prayer by Reverend Bob Chiles of Christ Church and then we’ll be waved off.

310 Riders this year. That’s a lot of spinning metal. In my experience, you’re prone to being involved in a crash in the very beginning (lots of nervous, excited folks in tight quarters) or towards the end of a long ride when you’re exhausted, dehydrated, and low on common sense and decision making ability. So at the start we’ll all stick close to one another and hopefully avoid a slow-speed entanglement with a too-nervous rider. It happens.

After the first couple of miles, things start to shake out and we’ll pace line with a group of probably 40 other folks. If I get dropped, so be it. I’ll pick up with the next group of riders that comes behind me. And I’ll settle in and enjoy the ride. The route to Newberry is quite pretty and has very little climbing and it’s the shortest day at 67 miles. I’ll probably roll into Newberry at noon.

The trick to a multi-day event like this is to constantly eat. So while I’m riding I’m eating for tomorrow. Day two is the tough day at 89 miles. We’ll spend more time in the sun because we’ll spend more time in agricultural areas so that means less tree-lined roads. The last 30 miles into Orangeburg can be brutal. It’ll be scorching hot, humid, and we actually climb into Orangeburg so we’ve got some hills in front of us. And I need to finish day two with enough in my tank to pull off a 100 mile ride on day three. So my jaw will be sore from chewing and eating and drinking.

And if I even think for just one second about how miserable I am, I’ll turn to the rider next to me, smile and say “Hey I’m John. Tell me your story.” Because that’s what my Mom would expect of me. 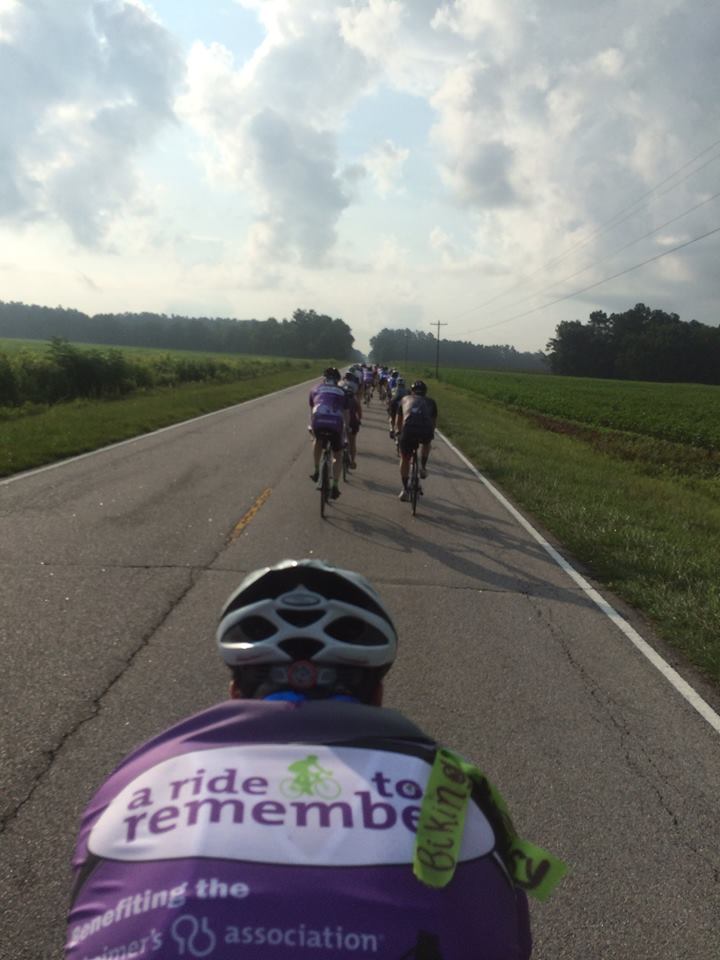 I’ve raised my money, and I was an integral part of our sponsorship committee that brought in $75,000. I’ve encouraged others, offered enough advice to newbies, and helped organize a team. What’s left?

I’ll ask for your prayers for safety and encouragement. But I’m prepared to fail. I might crash, I might collapse. It’s entirely possible. If I do, I’ll do so giving my all for a worthy endeavor.

Thank you for your donations, your encouragement, and your prayers. I hope to return them all, with interest, this Sunday afternoon.  And if you’d like to make a donation in my name to the SC Alzheimer’s Association, just click here.

“What is the point of being alive if you don’t at least try to do something remarkable?” ~ John Green