That’s my grand parents, Thomas and Blanche Baylor. They were cattle ranchers and they were legendary amongst other cattlemen. Tom called my mother Zinzy and at the age of five she participated in her first rodeo. Tom P. Baylor was something else and I loved being in his company. When he passed away, our entire family was heartbroken. 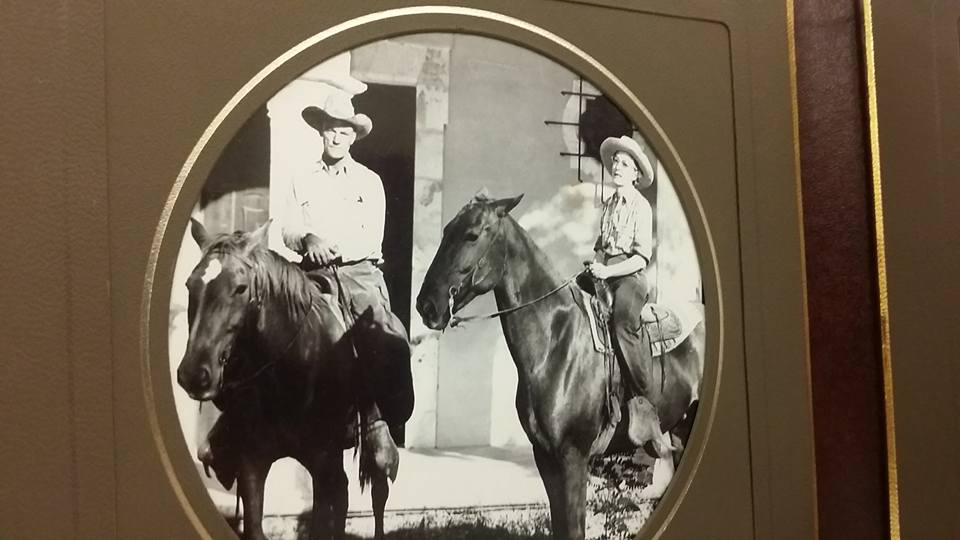 Taken at the Ojo Ranch in Durango, Mexico, probably in the early 1950s.

The official cause of death was atherosclerosis of the brain. Hardening of the arteries which sadly led to dementia which led to his passing. Grandaddy was a pretty tough guy. He worked from sun up to sun down six days a week and half a day on Sunday. He was a true cowboy, professional cattle rancher and a veterinarian that could perform field operations on anything from a dog to a horse. He learned most of it through osmosis, he paid attention to everyone around him, took mental notes, and practiced what he learned.

In the late 1965, when John Wayne was in Durango filming The Sons of Katie Elder, he was asked to meet Tom Baylor. John Wayne thought he could learn some cowboy-ease from my grandad so the film crew sent word to the ranch and grandaddy invited John Wayne into the Ojo. Tom P. Baylor was a busy man though, and the way I heard it, John Wayne was offered to come along on the day’s chores. John Wayne preferred to share whiskey and trade stories so they quickly reached an impasse. Grandaddy had work to do, movie star or no movie star.  Blanche did cook supper for the folks from Hollywood so all was not lost.

Grandaddy kept us moving. When we would visit, we were up before the sun and off to work. We would return in the heat of the day for a few hours and in the late afternoon we were back at work until the sun went down.

Today I found the time to ride for two hours. The Ride to Remember starts on July 15th in Simpsonville and finishes in Charleston on July 17th. 252 miles in the heat of a South Carolina July. And I’m behind in my cycling and my fundraising. Our recent move was incredibly stressful and time consuming, so I’ve got a good excuse. But it’s still an excuse. So as of today I’m only interested in results. Today I got out and did two laps of Paris Mountain and set a P/R on my first ascent. Yeah I’m not setting any records but I’ve got a couple of weeks to toughen up and I’m done with excuses. My biggest challenge right now is pushing my endurance threshold. Day one of the RTR takes us to Newberry, day two Newberry to Orangeburg, and day three is Orangeburg to Charleston. Day two is the toughest. It’s an 89 mile day on undulating roads and if you’re not careful, you’ll burn up and not have anything left for the last day. On day three, I want to ride with the fast guys and gals up front. So in order to do that, my endurance threshold has to be stretched considerably in the next two weeks.

Last week I briefly considered skipping the ride and just going along as a course volunteer. But Grandaddy would’ve been very disappointed in me. I would’ve had a great excuse, but Grandaddy hated excuses. 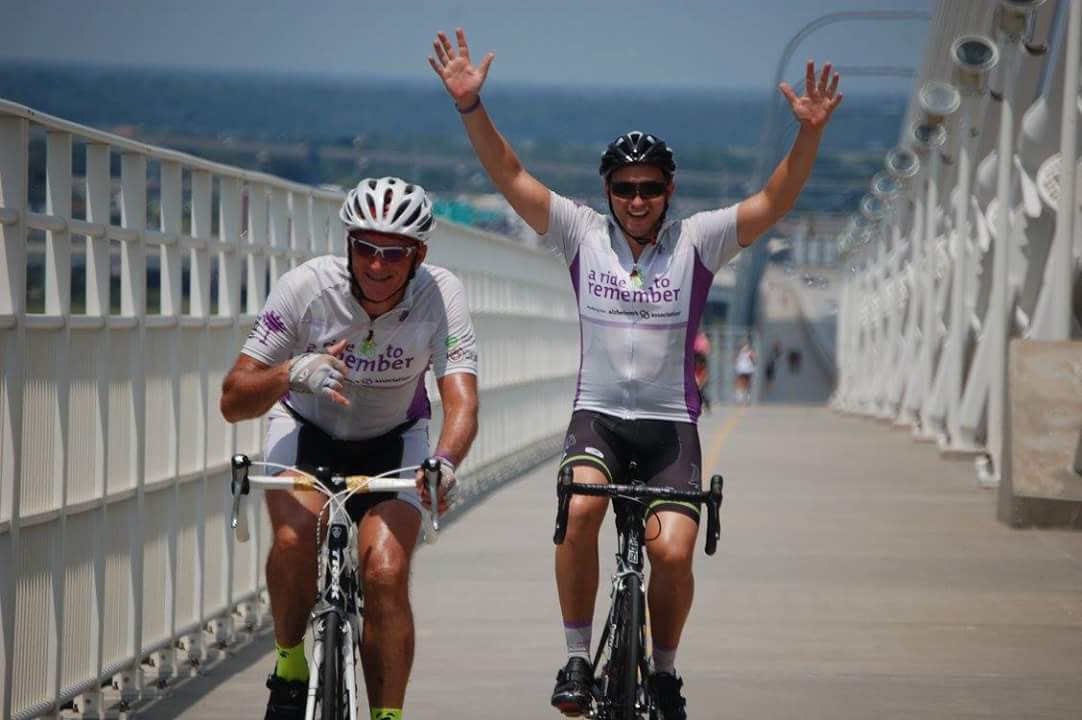 I hope Grandaddy approves of my “horse.”

His daughter, my mother, Virginia Baylor Malik, passed away from Alzheimer’s related dementia just a few short years ago. She also hated excuses.

Would you like to join me on my journey across South Carolina? Then please make a donation to the South Carolina Alzheimer’s Association and I’ll write the name of your loved one on my number.

#ENDALZ, A Ride to Remember