A couple months back, a very good friend of mine asked me a tough question.  And I should have said no.  If I had, I wouldn’t be in this position.  I would not be going to jail and I probably wouldn’t have thought twice about whether or not I made the right decision.  End of story.  But like a dope, I promised him I would consider it.

Kairos is a Christian faith-based prison ministry.  It’s one of those ministries that only the toughest, most sincere Christians tackle.  Kairos sends visitors into razor-wired penitentiaries to evangelize directly to prisoners.  I’ve known about this ministry for years; we’ve had a few friends participate and we’ve helped out through prayers and cookies, which are brought into the prison as gifts for the participants.

Back in January my friend Mike asked me to prayerfully consider participating in this ministry.  And inside I laughed, but outwardly I told him that I would think about it and pray about it.  And when I did pray, I prayed for Mike to be a better judge of his friends.  He knows me well enough to understand my faith isn’t strong enough to participate in something so important as Kairos.  What was he smoking, anyway?  Me.  Going to prison to evangelize?  He must be nuts.  Besides, my dad was a judge and I know what it takes to end up in the penitentiary.  Rarely is it a first offense; it’s a life of poor decisions, each one more consequential than the next, until the judge gets fed up with you and sends you to the penitentiary.  And what positive influence could a sorry excuse for a Christian like me possibly have on anyone in a prison such as Perry Correctional?

A week later, I discussed all this with Mike and he agreed with some of it, disagreed with the rest.  And he asked me to pray a bit more and to take my time with my decision.  The next day I was in my garage, working out on my heavy bag and praying. 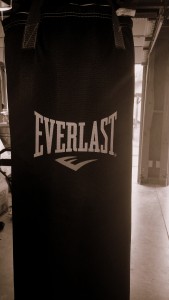 One does not necessarily have to be on their knees to pray.

I asked myself what is really preventing me from saying yes, and eventually I realized that I was scared.  Scared that my faith wasn’t strong enough to do this.  Scared to look a felon in the eye and convince them God has asked me to do this.  Because suppose the felon snaps back, “I don’t believe you.”  What will I say?  Will I have the conviction and backbone to pull this off?

And then I heard God laughing.

I fired off a flurry of hits and God hit right back.

“You?  When have you said no to something because you were scared?  How long’s it been?  You miserable son of a bitch!”

God had a point.  I actually look forward to the possibility of drawing blood.  An element of danger can provide a tremendous amount of focus.  If there’s a very real chance of injury, then there’s a very real sense of focus and preparation.  I happen to be very fond of my skin but I enjoy the thrill of pushing myself through a boundary of danger then coming out on the other side, maybe scratched up, maybe not.  My concern over participating in Kairos is not due to a chance of injury, but rather my own embarrassment.  I didn’t want to be embarrassed by my perceived lack of faith and that’s what was holding me back.  That’s why I’m scared. 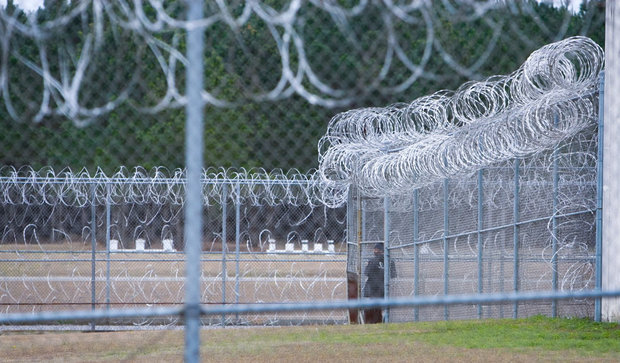 So I said yes.

The weekend after Easter, I’ll spend three days inside Perry Correctional Institute and perhaps I’ll play a very small part in saving the life of one person.  Perhaps not.  But I won’t know unless I try.  And if you could remember me with your prayers, Thursday evening, April 9th through lunch on Sunday, April 12th, all of us would greatly appreciate it. I’m going to need it.